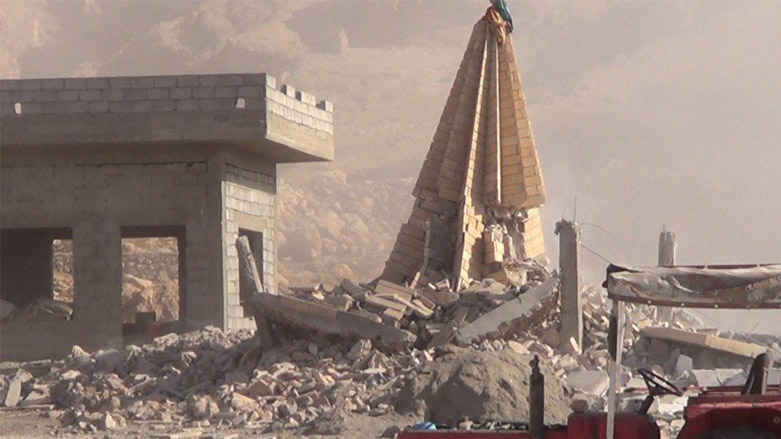 “Unity of Iraq depends upon efforts of all governments”

Prime Minister Hammo called on the Iraqi leader to recognize that “the unity of Iraq will depend upon all governments seeking common ground and continuing efforts to formalize agreements and understandings to establish acceptable political relations, while rebuilding and seeking justice for past wrongs.”This had been the central focus of talks that began in September and continued through October in Baghdad.

The Provisional Government of Ezidikhan has been approaching governments such as India and Germany in an effort to garner $576.7 million USD needed to support reconstruction over the next eighteen months. So far only India has made initial commitments.

The reconstruction of Ezidikhan includes rebuilding while also strengthening Ezidikhan security forces and providing badly needed governmental services, such as healthcare for the internally displaced in camps, education, and basic infrastructure. Separately, but no less importantly, it lays the foundation fora future criminal tribunal to obtain justice for the crimes committed against Yezidi people.

In earlier meetings Iraq’s leaders expressed a willingness to recognize Ezidikhan’s political autonomy and free rights of self-government in exchange for Ezidikhan’s commitment to the unity of the Iraqi State. The Prime Minister noted in his letter to al-Abadi that Ezidikhan was willing to work for Iraq’s unity if Iraq would agree to a bilateral intergovernmental agreement recognizing the political status of Ezidikhan.

The Provisional Government of Ezidikhan began talks with Iraq’s Prime Minister Dr. Haider Al-Abadi on 2 September in Baghdad to enter into dialogue about rebuilding Shingal, western Mosul and other parts of Ezidikhan after being devastated by the invasion by Islamic State forces and their allies, killing thousands of people, destroying villages and sacred sites and leaving more than 900,000 displaced in refugee camps.

Patrick Harrigan trained in comparative religion and indology at the University of Michigan and UC-Berkeley as a Sri Lanka specialist. His work with the Yezidis began in September 2014 when he was asked to assist the Yezidi Nation.
You might also like
baghdadHammoUncategorized