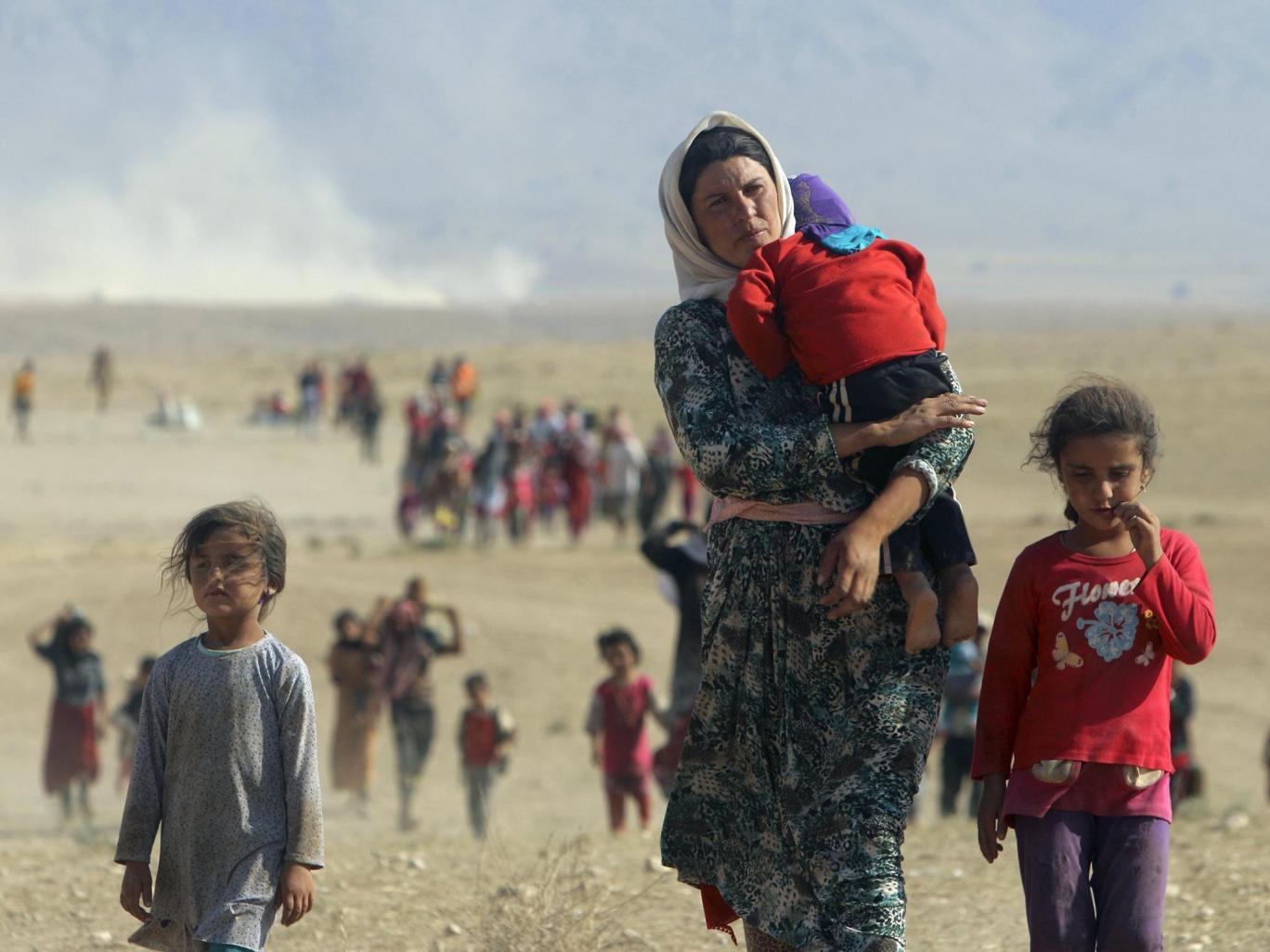 [Shingal, Ezidikhan, Iraq. November 1, 2019] Investigators appointed by the Provisional Government of Ezidikhan have delivered to the UN Office of the High Commissioner for Human Rights their narrative regarding purported criminal acts perpetrated against the Yezidi people in the period since the Iraq war began in 2003 up to the present day.

The report details a disturbing pattern of ongoing practices by regional state actors, including the administration of Iraqi Prime Minister Haider Al Abdul and the administration of Massoud Barzani, President of the Kurdistan Regional Government, in support of filing criminal charges against these individuals and their governments.

The panel’s submission specifically singled out the Kurdish Peshmarga, and the Asayish, the Kurdish secret police, as agents executing genocidal policies of the Kurdistan Regional Government that rob Yezidis of justice, self-determination, natural resources including petroleum, and even cultural, linguistic, and religious identity of Yezidis.

Government investigators have critically examined the role of the Iraqi and Kurdish governments, as well as of oil companies and other entities attempting to gain access to Ezidikhan and adjoining areas.

Among the findings and conclusions of the investigative panel were the following:

In April 9, 2003 after the fall of Saddam Hussein, Masoud Barzani, head of the Kurdish government seized control of the Shingal area by use of Pershmerga troops and formed the Barzani Council. The Council was made up of non-Yezidi nationals and served as the defacto regional government of that area.

This council worked towards the benefit of the oil companies Exxon, Rosneft, Gulf Keystones Petroleum, and ASA Norwegian Oil. Starting in 2007, the Iraqi and Kurdish Governments entered into an agreement to open up Ain Ghazal and Haxali oil fields in Shingal (Sinjar) for oil production. The Kurdish Government started forcing the Yezidi people off our own land: an estimated 300 were forced to move to a new site. In addition, three sacred sites were destroyed.

Investigators say that “both governments have employed the resources of the state to attack, criminalize, and target individuals and entire communities. These government resources include the Kurdish Peshmerga, and the Asayish, the Kurdish secret police. They have chosen to make state sponsored terrorism, human sex trafficking, murder, and rape the normal governmental response to demands for equity and equality of human rights, land rights, control over natural resources, and the establishment of an autonomous Yezidi region governed by the Yezidi people. All of which we allege were funded by profits from oil fields placed on seized Yezidi lands; and all of which was supported by President Barzani.”

Ezidikhan government investigators possess video footage of Kurdish troops meeting with ISIS outside of Shingal on the morning of the August 3rd, 2014. Kurdish troops helped ISIS to carry out genocide by coming in the day before the attack and taking weapons and also boarding up some of the houses of certain religious leaders. On the day of the attack, Kurdish Forces withdrew from the area, but located tanks blocking the main escape routes of the city and also fired upon any Yezidi who attempted to leave the city.

The Provisional Government of Ezidikhan formally requested that the United Nations take the following actions:

Patrick Harrigan trained in comparative religion and indology at the University of Michigan and UC-Berkeley as a Sri Lanka specialist and advocate of indigenous tribal peoples. Since September 2014 he has been serving as editor, publisher and policy consultant to the Yezidi Nation.
You might also like
Genocide

Alliance of Indigenous Nations: Winds of Change in the Middle East?

Ezidikhan Government Condemns Crop Arson
Be the first to comment!
Leave a reply »