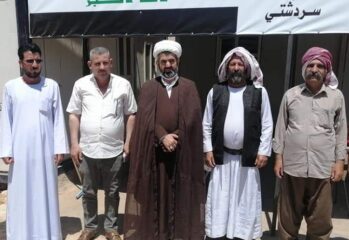 by Patrick Harriganon October 27, 2020
Ms. Nallein Sowilo, one of the principal co-founders of the Provisional Government of Ezidikhan and its first Minister of Justice, carries on her slight shoulders the heavy burden of somehow achieving peace with justice for the people of her ancient Yezidi nation, who remain traumatized and scattered by the 2014 assault by ISIS. Six years of ceaseless toil and negotiations, however, have at last begun to bear fruit.
359

by Patrick Harriganon October 12, 2020
[Shingal, Ezidikhan. 11 October 2020] The Office of the Prime Minister of Ezidikhan, Barjis Soso Khalaf, today issued a statement denouncing the 9 October deal reached between Baghdad and Erbil determining the future of Yezidis without the consent of Yezidis and without consulting with Yezidi representatives of the Provisional Government of Ezidikhan.