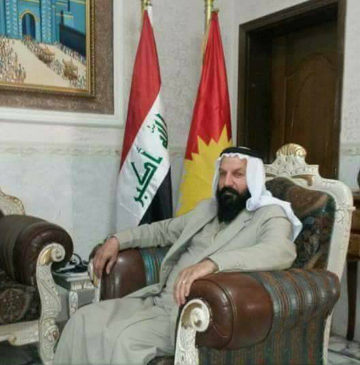 [NEW DELHI, India. February 2, 2018] –The Prime Minister of Ezidikhan Waheed Mandoo Hammo and India’s External Affairs Minister Shusma Swaraj have completed several rounds of talks concerning the reconstruction of Ezidikhan. Prime Minister Hammo led his delegation of Ezidikhan Government ministers in meetings with Indian Government ministers during the four-day visit in New Delhi. The visit included meetings with officials from other Indian ministries as well as receptions and social gatherings where participants from both governments engaged in cultural sharing and celebrations.

“The Government of India has received our delegation with open arms fully sensitive to Ezidikhan’s interests and aspirations.”

After his final meetings with External Affairs Swaraj the Prime Minister remarked, “I am very pleased with our discussions. They have been constructive, informative and responsive to the Ezidikhan reconstruction agenda. The Government of India has received our delegation with open arms fully sensitive to Ezidikhan’s interests and aspirations.”

Having completed talks with Indian Government officials in the Indian capital, the Ezidikhan ministerial mission including most of Ezidikhan’s Governing Council is now in Mumbai, India to participate in an international conference.

Patrick Harrigan trained in comparative religion and indology at the University of Michigan and UC-Berkeley as a Sri Lanka specialist and advocate of indigenous peoples. Since September 2014 he has been serving as editor, publisher and policy consultant to the Yezidi Nation.
You might also like
IndiaUncategorized